Like me lot people from my generation may not have much knowledge about this revolutionary Vitthal Laxman Kotwal aka Shaheed Bhai Kotwal (Played by Ashutosh Patki). He was born in Kotwal family which had migrated from Karnataka after facing sufferings from mughals over there. Named after lord vitthal he completes his education till 4th in Neral and then shifts to Pune where he learns about freedom movement. He attempts joining volunteer in congress party after reading news of British hanging Bhagat Singh, Sukhdev & Rajguru. The director (Eknath Desale) makes use of graphics to show these events in a unique way but these graphics disappear in later part of the movie. Vithhal who is against superstition gets married to Indu Thirlapurikar (Played by Rutuja Bagwe) and starts many initiatives in Matheran which leads him to be elected as vice-chancellor of city council. He fights against landlords of adjoining villages who keep troubling farmers & adivasis with the help of British Officers.

Gomaji Patil (Played by Kamlesh Sawant) plays an pivotal role in formation of Bhai Kotwal and later both join hands in formation of Azad Dasta Swatantra Pathak. The women of the house support their movement unwillingly and are portrayed beautifully by Prajakta Dighe, Madhavi Juvekar. The production design team makes an effort in keeping things to minimal level which are very well captured by DOP Tushar Vibhute. The Era stands in front of you whether the location is outdoor or indoor.

The director successfully differs from current movies based on the theme of Nationalism and convinces audience the real struggle of revolutionaries. He makes an effort showing British were technologically ahead than revolutionaries and had an advantage to win at any situation. The background music is ok and the team has avoided long songs. Most of the character artists have excelled their work and Nishigandha Wad appears on screen after a long gap. If you like genuine biographies on the life of unsung revolutionaries then do watch this film this weekend 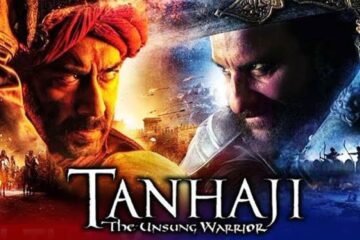